Tuscany has been around since prehistoric times. Then came the Etruscans around the first millennium BC, who probably descend from the local Villanovan civilization. What makes them interesting to history in the Mediterranean area is that they became the businessmen, traders or primitive capitalists before it was invented later during the Florentine Renaissance.
They invented the arch to pierce their protected city gates so that tall objects could pass through. The Romans used it to make Greek architecture more elegant by placing the arch on Greek columns thus creating classical architecture. As Rome grew powerful the Etruscans were absorbed into the Roman civilization. One might call it greco-roman civilization since the Romans were great borrowers as well as great builders, inventing the dome, i. e. The Pantheon which still exists today and is one of the wonders of Rome.
Brunelleschi later in the fifteenth century built the first great dome since the fall of the Roman empire, thus contributing to the modern Renaissance.
Roman culture drew from Greek art, architecture, literature and made it its own so not only do we have Greek plays, poems and literature translated into Roman literature we also have its art, sculptures, paintings (Pompeii) which reappeared later in the Florentine Renaissance.
Tuscany became the center of European culture by the twelfth century with Dante in literature, still much appreciated especially by northern Europe.
Tuscany grew into the center of trade becoming the financial center of Europe having created the first modern banking system in Florence. What they did with all that money was to beautify the city with great buildings, Churches, Santa Croce, the Duomo with Brunelleschi's cupola, using local artists and decorators. Just to drop some names, Giotto di Bondone, Masolino, Masaccio, Filippo Lippi, his son, Filippino Lippi, Botticelli, Michelangelo and his statue of David which is the most famous sculpture in the world. Leonardo da Vinci was not only a painter but a mathematition, an inventor who thought up four types of flying machines and a bicycle besides delving into anatomy and medicine.
Of course the Medici family became the most famous bankers and patrons of artists and writers not only the above named artists but also philosophers, mathematitions and poets.
They ruled Florence without being elected. They let Florence rule itself but through their approval, not interfering in small matters but making sure the city would not become a backwater.
Tuscany s full of the loveliest towns and cities in Italy. Five of which are UNESCO world heritage sites, Florence, Siena, Lucca, San Gimignano, Pienza, The Pisa cathedral compound with its leaning tower. Plus several forests, and beautiful landscapes, also UNESCO world heritage sites including The Val d'Orcia, twelve Medici villas.
Today it is the most famous and most visited region of Italy not to mention Europe. A must on every traveler's list. 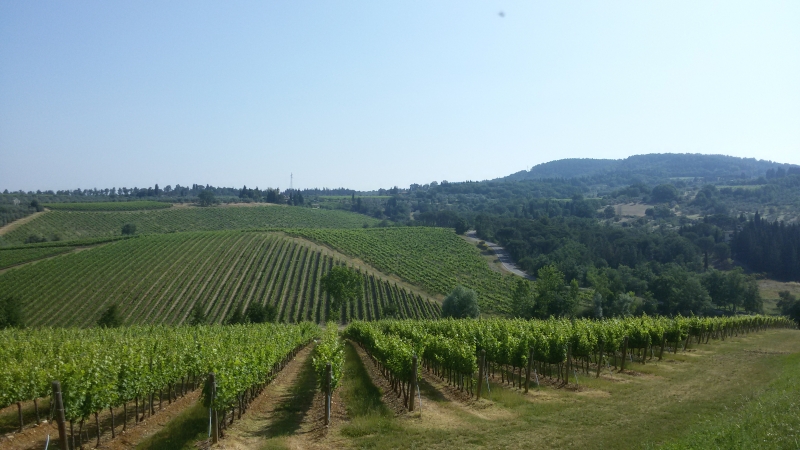